The Renaissance is a period of European history, marked by many cultural transformations. The Renaissance came to replace the Middle Ages and became an intermediate link between them and the Age of Enlightenment.

In this article, we want to briefly highlight the key points of the Renaissance, and to tell interesting facts from this historical period.

What was the beginning of this period? First of all, the fact that secular religious fanaticism was replaced by secular culture and humanism.

Anthropocentrism (that is, a person occupies a central place in all cultural and scientific research) has become the dominant ideology.

It is then that the interest in the forgotten ancient culture is revived. Actually, this is what the term “Renaissance” comes about.

Speaking briefly about the Renaissance, its main phenomenon was that after the fall of the Byzantine Empire, the Byzantines who fled to various European powers, began to distribute their libraries. Namely, they contained many ancient sources, which in Europe at that time were practically unknown.

In the cities, various scientific and cultural centers, operating independently of the church, began to appear and gain momentum. This movement began in Italy.

Conventionally, the Renaissance can be divided into 4 stages:

With complete certainty, we can say that the Renaissance has had a tremendous impact on all the states of Europe.

In fact, the Renaissance is a transition from the feudal social order to the bourgeois. It is then that national states are formed, between which trade begins to thrive, and international diplomatic relations are established.

Science is developing at an incredible pace, and printing has perpetuated this historical period for centuries. Geographical discoveries and the emergence of natural science have become a turning point in a person’s awareness of himself. The foundation of all future scientific theories and discoveries is laid. 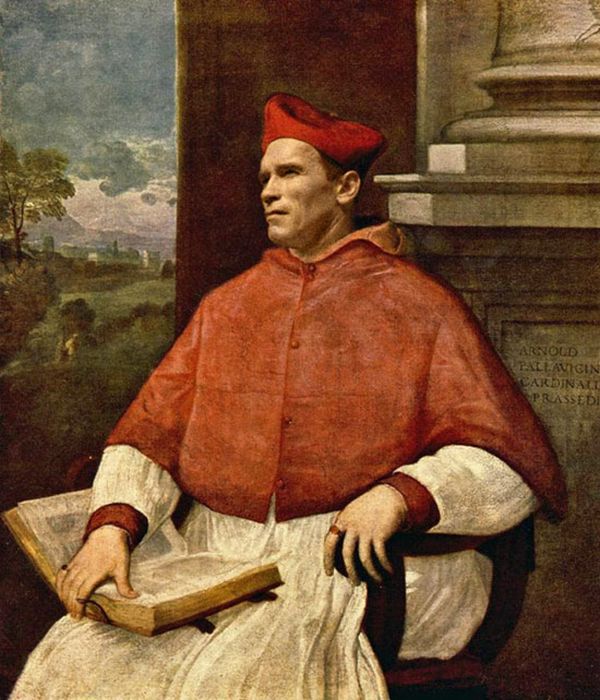 Man of the Renaissance

Renaissance man is very different from a medieval man. It is characterized by faith in the power and strength of reason, admiration for the inexplicable gift of creativity.

Humanism puts in focus the wisdom of man and her achievements, as the highest good for a rational being. Actually, this leads to a rapid flowering of science.

Humanists consider it their duty to actively disseminate the literature of ancient times, for it is in knowledge that they see true happiness.

In short, a Renaissance man tries to develop and improve the “quality” of an individual by studying the ancient heritage as the only basis.

And the intellect in this transformation takes a key place. Hence the emergence of various anti-clerical ideas, often acting unreasonably hostile to religion and the church.

Literature of the Renaissance

If we talk about the literature of the Renaissance, it begins with the brilliant Dante Alighieri (1265-1321). Writing “Divine Comedy”, he, in fact, revealed the essence of a man of his time.

Francesco Petrarca (1304-1374) sings selfless love in his sonnets as the meaning of life. For him, the wealth of man’s inner world is inconceivable without true love. By the way, we already wrote about an interesting fact from the life of Petrarch.

These representatives of the Renaissance became on a par with the recognized classics of the Ancient Greek and Roman period of history.

In the Renaissance, literature was conventionally divided into two types: folk poetry and ancient books. It is this connection that has produced such amazing, semi-fantastic and poetic-allegorical works as Miguel de Cervantes’s Don Quixote and Francois Rabelais’s Gargantua and Pantagruel.

It is important to emphasize that precisely then the notion of national literature begins to be clearly seen, in contrast to the Middle Ages, when Latin was the sole lot of all writers.

The drama and theater are becoming extremely popular, and the most famous playwrights are Englishman William Shakespeare (1564-1616, England) and Spaniard Lope de Vega (1562-1635).

Philosophy of the Renaissance

Briefly speaking of the philosophy of the Renaissance is quite difficult. You can only briefly list the most famous of its representatives.

Nikolai Kuzansky is one of the most prominent German thinkers. Kuzansky was a universal scientist and encyclopedist. He defended the ideas of Neoplatonism, considering the meaning of philosophy the combination of opposites in the One.

Leonardo Bruni is an Italian humanist, historian and writer, and also an outstanding scholar of his time. He wrote biographies of Dante and Petrarch. Bruni saw in the boundless creative possibilities of man the meaning of philosophy of the Renaissance.

In short, we can say that Copernicus made the first revolution in the scientific world, becoming the author of the heliocentric system of the world.

Galileo became the founder of experimental physics. He first used the telescope for scientific purposes, making a series of important astronomical discoveries.

Giordano Bruno was recognized by his contemporaries as one of the greatest thinkers of the Renaissance. His philosophy and numerous treatises led to a conflict with the Catholic Church. Bruno is known to many for his scientific and philosophical views was sentenced to death and burned at the stake in Rome.

Michel Montaigne is a French philosopher of the Renaissance and author of the well-known book “Experiences.” He was one of the first to oppose the use of cruelty in pedagogy.

Martin Luther is an outstanding German theologian and reformer. He became the ancestor of the Reformation, which led to the emergence of the largest Christian movement – Protestantism. It was the Reformation that largely predetermined the development of Europe after the Renaissance.

Thomas More is an English philosopher and humanist. Author of the famous book “Utopia”. The irreconcilable critic of Luther and the ideas of the Reformation.

Erasmus of Rotterdam is a prominent thinker, nicknamed “the prince of the humanists”. Differed freedom-loving views. At the end of life, he also polemicized with Luther.

Other representatives of the philosophy of the Renaissance, we only enumerate: Marsilio Ficino and Lorenzo Valla, Janozzo Manetti and Jean Bodin, Tommaso Campanella and Niccolo Machiavelli. 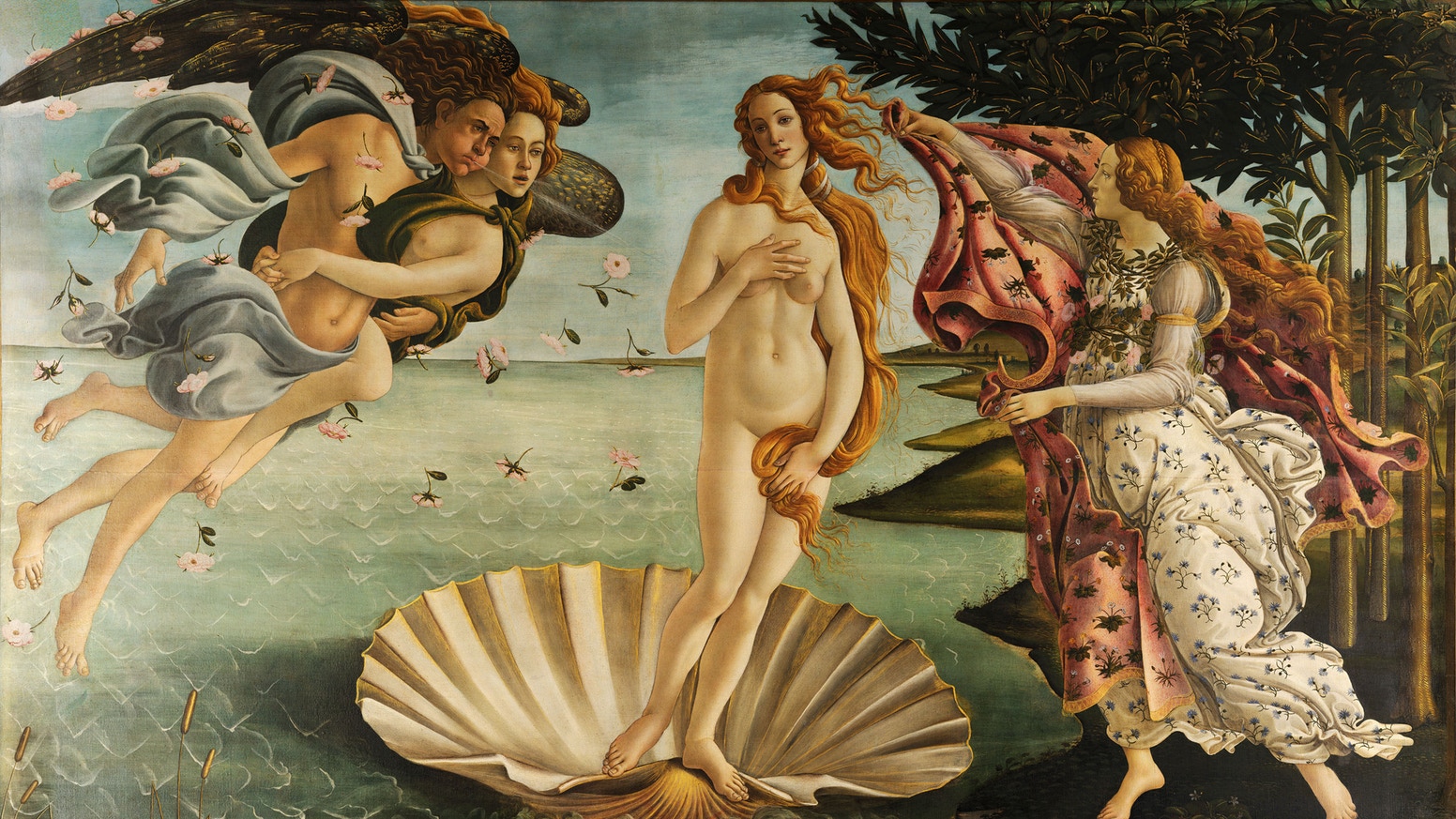 Artists of the Renaissance

Undoubtedly, artists of the Renaissance deserve more attention than a brief mention of them. But we only give the most famous names.

Sandro Botticelli – a bright star in the sky of the art of the Renaissance. The most famous paintings: “The birth of Venus,” Spring “,” Adoration of the Magi “,” Venus and Mars “,” Christmas “.

Piero della Francesca is a famous Italian artist and mathematician. He wrote such famous works as “On the Perspective in Painting” and “The Book of Five Correct Bodies.” Differed in that he perfectly mastered the technique of painting, knowing its scientific theory. Famous paintings: “The Story of the Queen of Sheba”, “Flagellation of Christ” and “The Altar of Montefeltro”.

Leonardo da Vinci is one of the most famous artists and universal scientists not only of the Renaissance, but of all, of all time. He possessed unique abilities and became the inventor of many things that appeared only in the 20th century. The most famous paintings of the genius of Da Vinci: “The Last Supper”, “Mona Lisa”, “Madonna Benoit” and “The Lady with Ermine”.

Rafael Santi – one of the most skillful artists and architects of the Renaissance. For a short life (and he lived only 37 years), Rafael wrote many amazing paintings, the most famous of which are “Sistine Madonna”, “Portrait of a Young Woman” and a fresco “Athenian School”.

Michelangelo Buoanarroti – a brilliant artist, sculptor and architect of the Renaissance. About his work still form legends and anecdotes. In addition to a lot of artwork, he wrote about 300 poems that have survived to this day. The largest works: “Madonna of Doni”, “Creation of Adam”, statues “Moses” and “David”.

Titian Vecellio is an outstanding painter of the Renaissance. Titian was not yet 30 years old, as he was recognized as “the king of painters and painter of kings”. By the way, we already wrote about one very funny and interesting fact from the life of Titian. The largest works: “Venus of Urbin”, “Abduction of Europe”, “Carrying the Cross”, “Crowning with Thorns” and “Madonna Pesaro.”

Now you know what the Renaissance was like. We tried to briefly outline the key areas of the culture, art and science of the Renaissance, and also talked about the most significant representatives of these areas.