Ancient Egypt is a very significant country not only for the Ancient East, but for the whole world, since it was ancient Egypt that became the first state on Earth that grew to a great power, becoming subsequently a huge and powerful empire, also the first in the world. In this empire there were laws that were unshakable and incomprehensible, all power belonged to the ruling class, to which the rest of the Egyptian people were subordinate.

So where did this powerful empire and the Egyptians come from? There is a lot of controversy here. But most Egyptologists are inclined to two opinions.

But whoever was right, in any case, by the fourth millennium before the new era on the banks of the Nile River, the Egyptian nationality was formed, and the first signs of statehood began to form there. 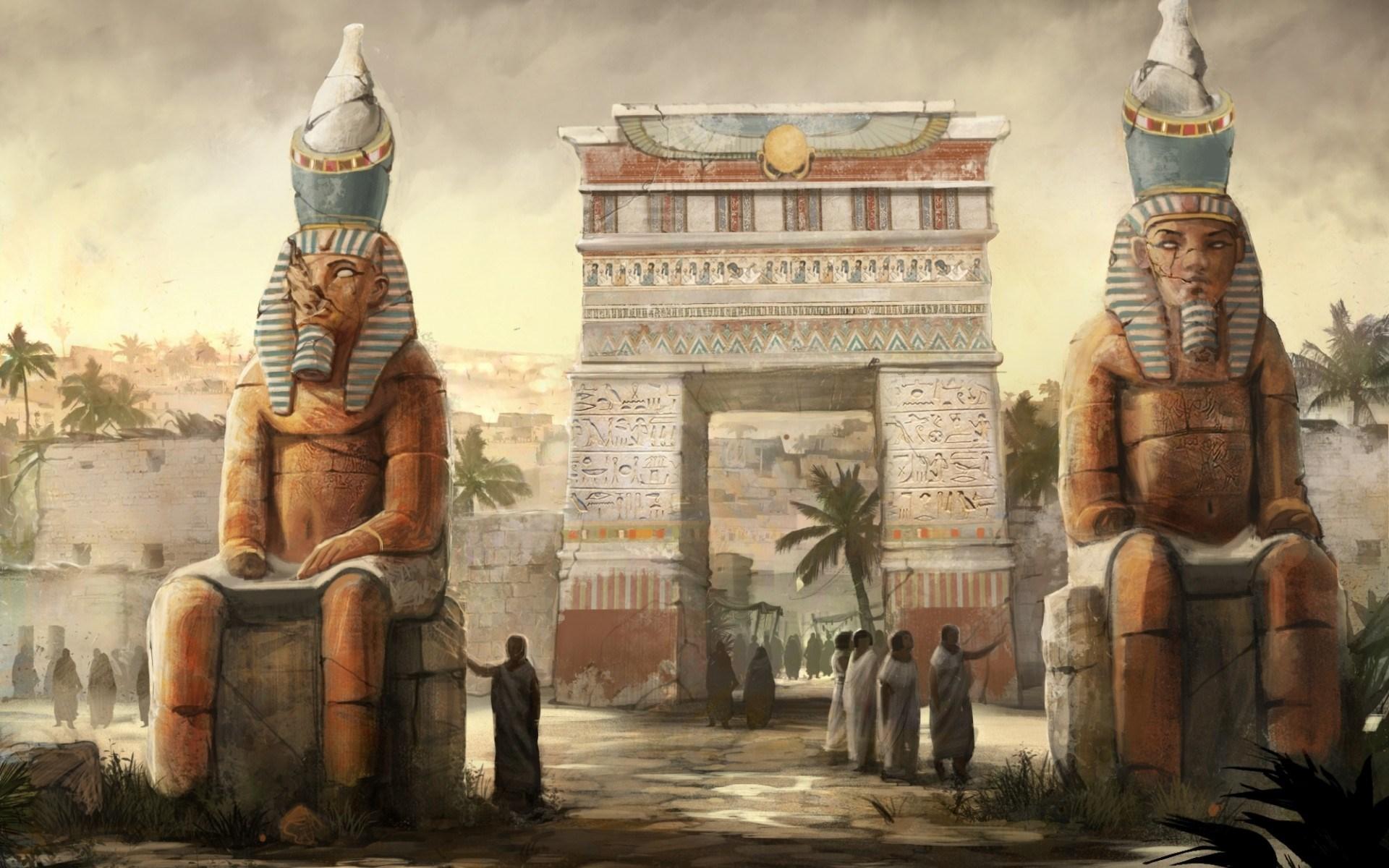 What was the state in ancient Egypt?

The head of state in Egypt was the pharaoh, who owned absolute power, all of Egypt with all its many resources. Such absolute rights of Pharaoh were bestowed on the religion of the ancient Egyptians. It is according to religion that a person must obey unquestioningly Pharaoh, otherwise he is threatened with terrible consequences.

Religion played a big role in the life of the ancient Egyptians. They were pagans, that is, they worshiped not only one, but many gods. According to some reports, there were from hundreds to thousands of various gods. The main was the sun god, who, depending on the time of day, had different names (Ra, Atum, etc.). It is the gods who endowed the Pharaohs with the boundless power according to the Egyptian religion. But despite its divinity, not all the pharaohs were satisfied with this way of thinking the Egyptians, their worship of a vast number of gods. Namely, the existing polytheism could not help strengthen the Egyptian state, its centralization. All this resulted in religious reform. Its essence was that the Egyptian pharaoh Amenhotep IV (1368-1351) declared the solar disk as the true God. He gave him the name of the god Aton, he called himself Akhenaten, which in translation meant “pleasing to God Aton.” The next stage of his reforms was the closure of temples in which other gods were worshiped, all the property of these temples was confiscated. As a result, many disgruntled people appeared. The priests did not want to put up with the changes in religious life. Therefore, these reforms Akhenaten were short-lived, soon the cults of the old gods were restored.

The religion of the Egyptians greatly influenced their culture.

A special place in the art of Ancient Egypt was occupied by architecture, and the most significant profession was the architect, who continuously watched the construction on the grandiose construction sites typical of Egypt at that time.

An interesting fact is that if the dwellings of the ancient Egyptians were built from short-lived materials, such as raw brick, then various religious structures were erected from a solid stone. This explains why they could stand up to our times.

The architecture of Ancient Egypt no longer appears without its main cultural asset – the pyramids. The pyramids were buildings for the gods. They were built up of strong stones.

The construction of the pyramids was so grandiose that it is difficult to imagine how much it was ruinous for the treasury of the state, how much human labor was spent, how numerous were the human losses.

According to the teachings of the Egyptian priests, the soul of man was immortal. In ancient Egypt, a great role was played by the funeral cult. According to him, with death, only the material basis of man, that is, his body, perishes. And that the immaterial basis of man, his soul, continued to live, it is necessary to create the most favorable conditions for this, that is, to try to preserve the body of the deceased person. So there was a new art – making mummies. And for the mummy there must be a specially designated place – a tomb. As such tombs, in which the human body would be under powerful protection from all strangers, grandiose pyramids were built. According to the Egyptians’ belief, the body was connected with the soul exactly seventy days after death, the deceased revived and went to the Land of Eternity. But despite the fact that, according to the doctrine, the soul of each person is immortal, the pyramids were built only for the nobility and, of course, for the pharaohs. 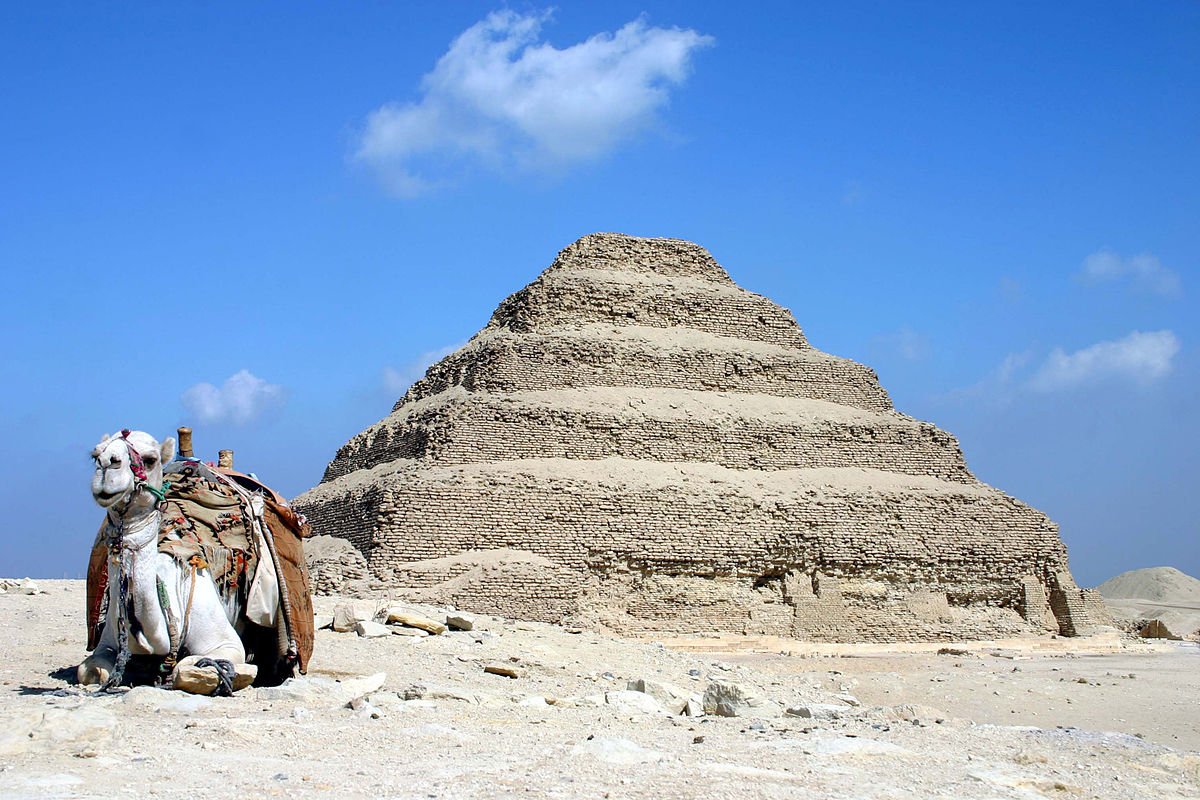 The very first pyramid for Pharaoh Djoser (2780-2680) was erected about five thousand years ago, its architect was Imhotep (around the eighteenth century BC). He will be honored as the great king’s architect and wise magician for many generations after him.

In all there were about a hundred pyramids, only a part of them came to us.

The most famous and grandiose is the pyramid of the pharaoh of the IV dynasty of Cheops (Khufu). It is located in the Egyptian city of Giza. Its dimensions are enormous: the height is 146.6 m, and the area is about 55,000 sq. M. m. It was built of huge limestone stones, the mass of which reached 3 tons. According to scientists, for the construction of the pyramid of Cheops were spent 2,300,000 of these stones. Inside the pyramid is a system of moves, the inner walls are covered with polished slabs.

In addition to the pyramid of Cheops, in Giza there are other well-known pyramids: Pharaoh Khafre and Pharaoh Micherin. All these three pyramids in Giza are one of the seven wonders of the world.

By the second millennium before the new era, there have been some changes in the construction of the pyramids. They cease to be so grandiose and become less ruinous, since they are no longer built of stones, but of brick.

Numerous robberies of the pyramids led to the fact that by the first millennium the pyramids began to be replaced by secret burial vaults, although they continued to be robbed. One of the most famous such tombs are the funerary temple of the pharaoh Mentukhotep I, which is a rock tomb, and the funeral temple of Queen Hatshepsut, located on three rock terraces in the Deir el-Bahri valley and built by Senenmut.

In addition to architecture, a rich contribution to the culture of Ancient Egypt was made by the fine arts.

Very often, in front of the palaces or temples, various obelisks were placed. They were thin and tall, often covered with copper from above. Obelisks are often painted with hieroglyphics. The hieroglyph is a pictorial symbolic letter, which is very characteristic of the culture of Ancient Egypt. It was from the Egyptian hieroglyphic letter that a syllabic letter appeared.

Another widely used image in ancient Egypt was a stone image of a creature with a lion body and a human head. Such statues were often placed in front of the funeral temples and were called sphinxes. Before the pyramid of Pharaoh Khafre stands the largest of the sphinxes, which was created in the first half of the third millennium BC. The length of this statue is about 57 m. Later, in the sixteenth century BC, between the paws of the “father of trepidation”, as the sphinx called for the fear that he inspired, a temple was erected.

In addition to these monuments, there were many other masterpieces of art, all kinds of statues, stelae and other monuments depicting Egyptian rulers and their families.

It was in ancient Egypt that one of the most beautiful female images was created – a sculptural portrait of Queen Nefertiti, who was the wife of Pharaoh Amenhotep IV (1368-1351).

According to the beliefs of the ancient Egyptians, portrait statues are twins of dead people. Therefore, the sculptural portrait, was widely used in Egypt in ancient times.

All monuments of culture (paintings, portraits, etc.) in Ancient Egypt were distinguished by a sense of harmony, the desire for beauty, for integrity. This desire for integrity and determines the fact that in ancient Egypt were distributed architectural ensembles, representing a kind of synthesis of all kinds of art. Sculptors, architects, painters worked together, creating holistic works of art, many of which are unrivaled to this day. The architects had a very unusual approach to the business creating their architectural monuments, they did not forget about very small details, took into account many characteristics, such as geographical location, illumination at different times of the day, etc. This sometimes gave unusual effects. No wonder the architect was often credited with magical powers, some deified.