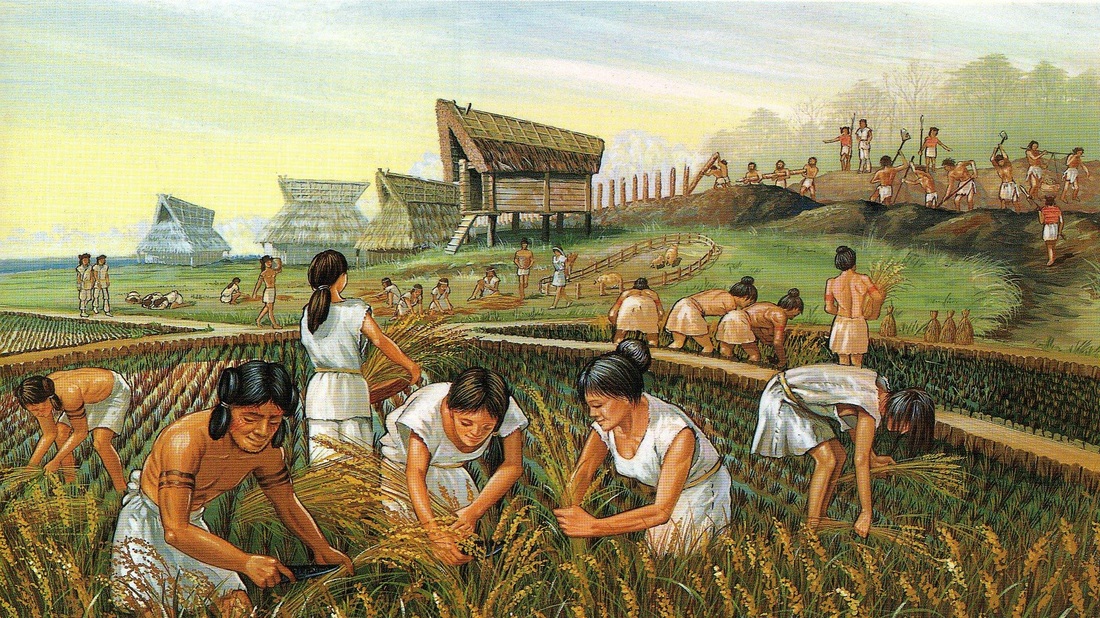 About 10 thousand years ago began warming and the glacier began to retreat, which again forced people to adapt to changing conditions.

About 7 thousand years BC there was another great change in the life of humankind. In some regions of the globe arose the first centers of agriculture and cattle breeding.

People made the transition from the appropriating economy (collecting, hunting, and fishing) to food producing sector (agriculture, cattle breeding). The first human groups were not simply a use of (assign) with food, but purposefully to produce them.

The transition to a producing economy was so important to the history of humankind that called “Neolithic revolution” (the term has no social value).

It is difficult to assess the significance of the changes that have affected all, without exception, aspects of human existence. On the extent of changes in people’s life shows at least the fact that for several hundred years the world population has increased five times.

Difficult is the question of the origin of agriculture

However, independent development in several regions of the Earth suggests that the process was quite natural. Some scientists think that people noticed in the care of wild plants to improve yield. Then was realized the purposeful planting of plants, especially cereals.

Other scientists point out that after warming and climate change has gone hunting on the steppe animals and this led to the emergence of interest of the people to other sources of food.

Third, scientists note that the first centers of agriculture appeared in a very complicated for people’s lives, e.g. in the foothills and mountains of the Middle East. The difficulty of obtaining food, the rational use of natural resources and led to the emergence of agriculture skills.

Most likely all these reasons played a role in the development of agriculture, although definitively answer many of the questions still not possible.

In the Neolithic period, there were cattle, although accurately dating the time of its occurrence is not yet possible. It is concerned with the attempts of people to create a “living supply of meat.” Initially, it seems, were young animals are those species which are hunted. Then became apparent and other benefits of Pets.

During this period, there were other successes in different areas of life. Great heights reached by the stone. Some tools were now made from several stones, fastened on a wooden base. For example, it produced sickles, saws.

In the Neolithic were invented pottery, spinning, weaving? Now the fish were caught with bone harpoons and hooks. People learned to make boats. Hunting opportunities have greatly expanded with the invention of the bow and arrow. The invention of the wheel led to the appearance of wheeled transport.

The achievements of the “Neolithic revolution”, and above all the emergence of the productive economy, close down humanity to the origin of civilization.